For all your boxing needs

At Boxfit UK, we know that boxing is a sport for everyone. It's a sport for those with integrity; with drive; with passion and with respect. It's for beginners through to professionals, men and women alike, for those who aren't afraid and for those who push themselves.We believe boxing is not just a man's sport, which is why we cater to all that love to fight and get in the ring, no matter your gender. We don't like inequality; we like togetherness.If you're a female who loves to box, we want to hear from you and find out your story. Tweet us your training photos with #TogetherWeBox and tag us on Instagram to show your support and get involved. 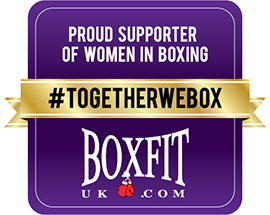 We've teamed up with GB boxing stars to raise awareness of women in boxing and offer inspiration to those wanting to try the sport for the very first time. Our campaign aims to highlight boxing as a universal sport, one that's not restricted by gender or experience. By working alongside the girls, we hope to raise awareness of the inspiring, powerful women in sport and prove how Boxfit UK can cater to every boxing addict, no matter what their gender. 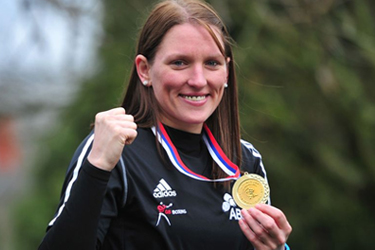 STACEY COPELAND
Coming from a boxing family, Stacey Copeland was in the gym from 6 years of age. However, back then boxing was banned for females, so Stacey pursued a successful career in football, representing England and also playing abroad. Aged 29, she decided to dedicate herself to boxing. Five years later she is the current European silver medallist and 3 time national champion. Stacey combines full time work with her training and she believes that the opportunity to positively influence and inspire others is her greatest privilege as an athlete. 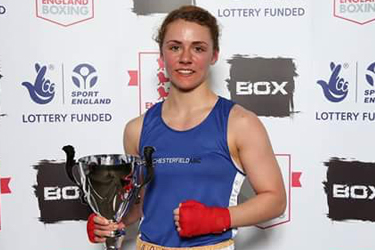 JADE ASHMORE
At just 18 years old, Jade Ashmore is already a key member of the England senior boxing team and last year won the GB Tri-Nations British Championships at 54kg. Following her success, Jade was selected to box in the prestigious European games in Hungary where she went on to win a bronze medal. Currently studying full time at Bradford College, completing a Level 3 diploma in Sports, Jade elite boxes in the Bradford Police and College training gym alongside England coach Mally MacIver and fights for her home club Chesterfield ABC, training 3 times a week. In the past year, Jade has won silver at 51kg at the ABA championships and her dream goal is to make the GB boxing team to represent them worldwide. 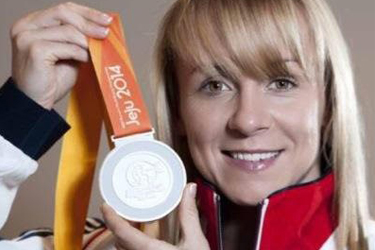 LISA WHITESIDE
After taking a career break from the police,Lisa Whiteside became a full time GB boxer at the Olympic weight of 51kg and has been on the Team GB programme almost 3 years. Whilstworking shifts as a full time police officer, Lisa became a European Silver medallist and World Bronze medallist - so it's fair to sayshe's been busy! After joining team GB, Lisa, then went on to becomethe EU 54kg Champion before achieving her biggest success to date:becoming the World Silver medallist at 51kg and attending the RioOlympic test event in Brazil. Lisa's drive and inspiration comes from her amazingly supportive family and she loves to pass on her inspiration and passion to other female athletes looking to push and chase their dreams. 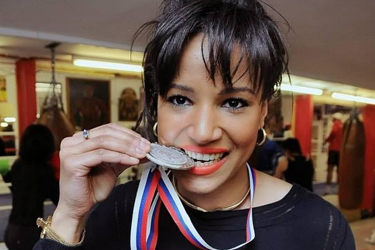 VALERIAN SPICER
Born to a Dominican mother and an English father, Valerian Spicer took up boxing late at the age of 30 and 2 years later won an ABA title. She represented Dominica for the first time at the 2014 Commonwealth Games, narrowly missing out on a bronze medal. In January 2015, she received an Olympic Scholarship from the International Olympic Committee and left her job to train full time towards qualifying for the Rio Olympics. Valerian has competed and medalled in various AIBA tournaments in Europe and recently won a bronze medal at the 2016 Women’s Americas Championship in Bolivia as well as reaching the quarter-finals at the 2015 Pan American Games in Toronto. 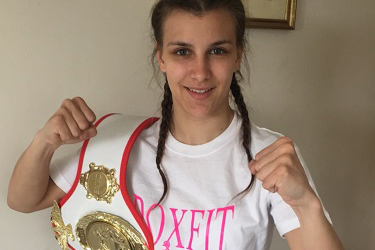 LAURA PAIN
Growing up, Laura was always involved in and always loved sports but never felt she connected with one in particular. Four years ago, Laura joined her local kickboxing club and went on to win a host of competitions, as she started to get noticed a lot for fantastic athletic and boxing skills. She then decided to head down to her local boxing club in Leatherhead, Ultimate Fitness Boxing, where she's now been boxing for three years. In this time, Laura has well and truly connected with the sport and she's taken part in a range of exciting projects including a show named Unorthodox, a film all about boxers and the sport as a whole. Laura's bright future focuses on gaining as much experience in boxing as possible whilst raising awareness of women in sport and reaching her full potential. 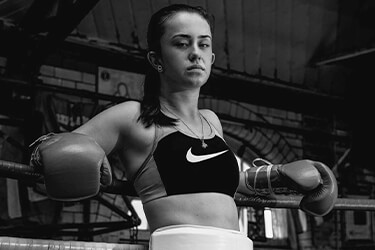 MAISEYROSE COURTNEY
Maiseyrose got into boxing because she wanted to get fit for football when she was playing for a boys team under the name Mason. She says, "I just wanted to be the best I could be. Anyways, there was a boxing gym above my football club. Walked in, threw a few shots and realised I’m better at punching than kicking."

How has she found it in womens boxing. Hard. But at the same time rewarding. She was told so many times in her early boxing career that she'd never box or carry it on. Now years later and winning 6 national titles along with the highlight of winning the three nations in Scotland. Maiseyrose is also proud to be an England boxing representative and a part of Repton boxing club which makes all those past sacrifices worth it. In her own words "think they was wrong lol! Also the feeing of beating up a few fellas is also fun."

When asked how boxing has affected her life outside of the gym she replied "In boxing, to be the best you need to make sacrifices. If you don’t you will struggle. So many times I’ve missed out on going out, going to parties, messing around with mates. But I wouldn’t change it for a thing, but that don’t mean you can’t have fun, just make sure boxing comes first. That’s what I done."

Her dream now is to turn pro, so just watch this space! 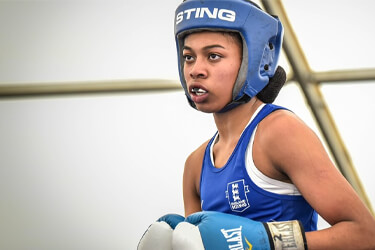 At just 18, Sameenah has already won two schools national champion, GB Three Nations schools champion, two junior national champions, been a youth national champion as well as European junior bronze medalist in 2018. With hopes of going to the Olympics before turning pro Sameenah. When questioned how she got into boxing she said, "One day, when I was 10 years old, my dad spontaneously took me to my local boxing gym. There was no particular reason for him taking me, I feel like he just thought boxing would teach me vital life skills and self defence." She's come a long way since then.

The achievements are not all she has achieved, it has given her much more. Sameenah says "Boxing has provided me with self discipline, confidence and a positive attitude which can be used in many situations, not just in the ring. It has also led me to meet new people and develop friendships with boxers who share similar goals and aspirations. Training 6 days a week, twice a day, means I sometimes find it hard juggling my training with school work and free time. However, I try to keep to a schedule and manage my time as effectively as possible. I just know that one day, it will all be worth it."

VIEW MORE
SHOW YOUR SUPPORT WITH OUR OFFICIAL RANGE
×